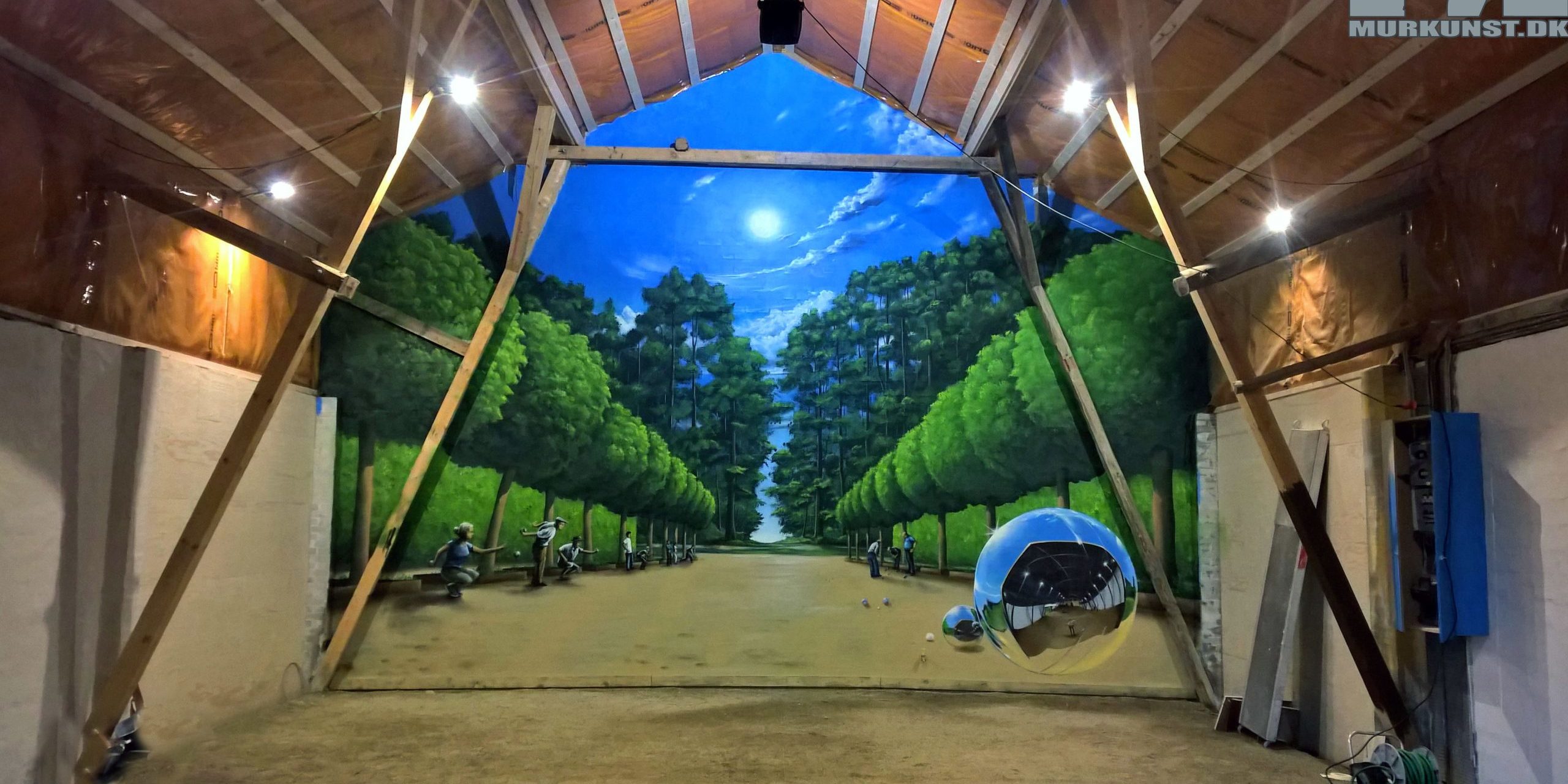 From the local newspaper. By Per Vagnsø

There are still ‘only’ eight courses for petanque in the old machinery hall at Rosenkildegården in Slagelse, but in the future the players get the feeling that the courses continue far into a nice, green forest. At the inauguration of the hall, some people felt that a full stop sign should be erected on the wall that Murkunst dk. has decorated with depth effect so that no one is throwing the balls against the wall.

It is Michael Wisniewski from Murkunst.dk who, together with a partner, has spray painted the end wall. He took the hat off for Motion and Samvær’s visions and told them that the wall had turned into a seemingly endless forest of petanque players in 24 hours over two working days.

“We had to do something from the outside and it has been one of our exciting projects,” said Michael Wisniewski, while the chairman of the municipality’s cultural committee, Troels Christensen (LA), welcomed the renovation, which has also facilitated access to the hall and toilets for the disabled people playing petanque.